Following on from a competition win, Feix&Merlin reveal designs for a 400 room Ibis Styles hotel in Hamburg, Germany. One of three major new hotels, part of a larger mixed-use development on the river Elbe in Hamburg.

The three new hotels will be spread over three building complexes, each with an individual architectural style, and all located in the future mixed-use district Westfield Hamburg-Überseequartier.

Unibail-Rodamco-Westfield (URW) will build the three planned hotels in cooperation with the travel and lifestyle group Accor and the real estate developer B&L Group. The Accor hotel brands Pullman, Novotel and ibis Styles will open around 830 rooms in the urban quarter on river Elbe.

In Westfield Hamburg-Überseequartier, retail, entertainment concepts and more than 40 gastronomy units will be fine-tuned with offices, the three hotels mentioned, a cruise terminal and a total of 650 apartments.

The design takes its inspiration from the daylight cycle throughout the day, and the changing spectrum of colours from sunset to sunrise. The designs for the lobby spaces feature large back lit portal frames with dichroic filters that glow with subtle changes in colour as you move around them, casting coloured shadows around the space.

The corridors feature a coloured pattern on the floor creating a subtle wayfinding strategy. The colours here are all about the transition from dusk into the darkest part of twilight, somewhere in between sunset and when night begins.

The bedrooms follow the idea of being bathed in the colours of sunset, with dichroic glass to the bathroom and shower, and a headboard glowing in a sunset yellow.

“There’s something magical about that golden hour of sunset, when everyone is bathed in glowing colours as the sun slowly goes down; the dusky oranges and pinks and later into the darker reds and midnight blues. We are interested in how these different qualities of light and colour can transform the guest experience of the interior architecture at different times of day.” Feix&Merlin 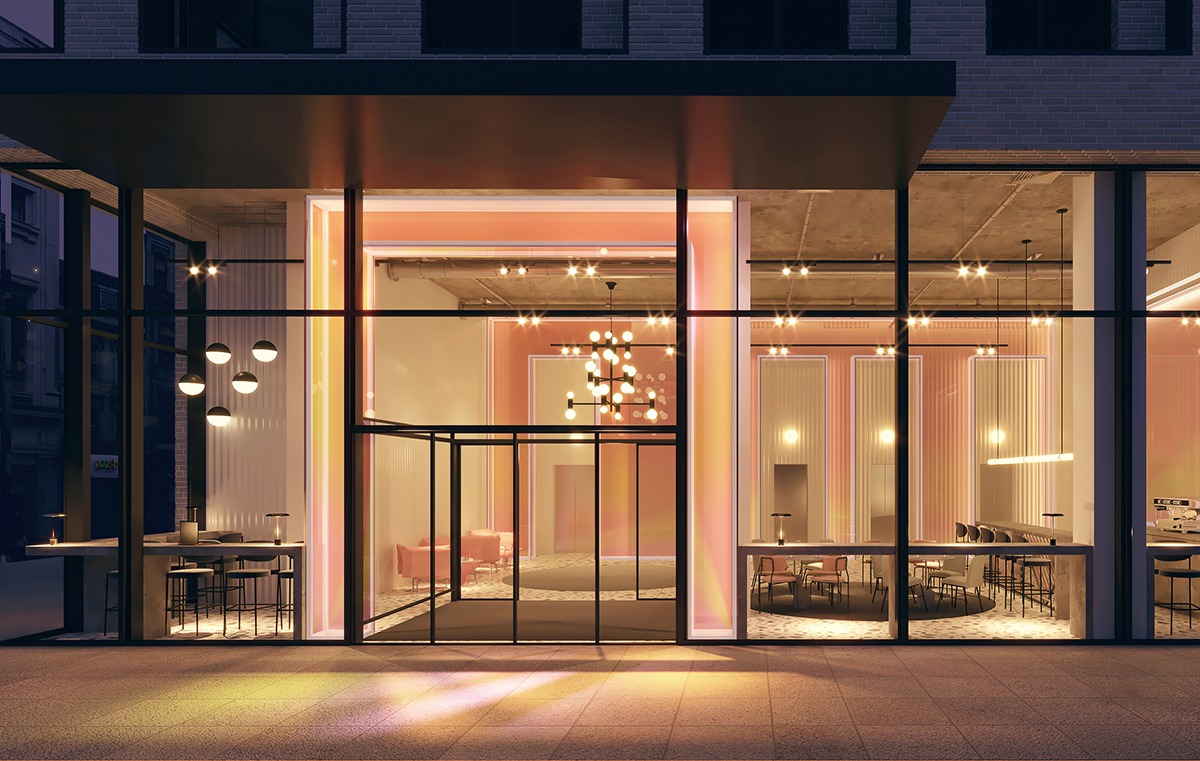 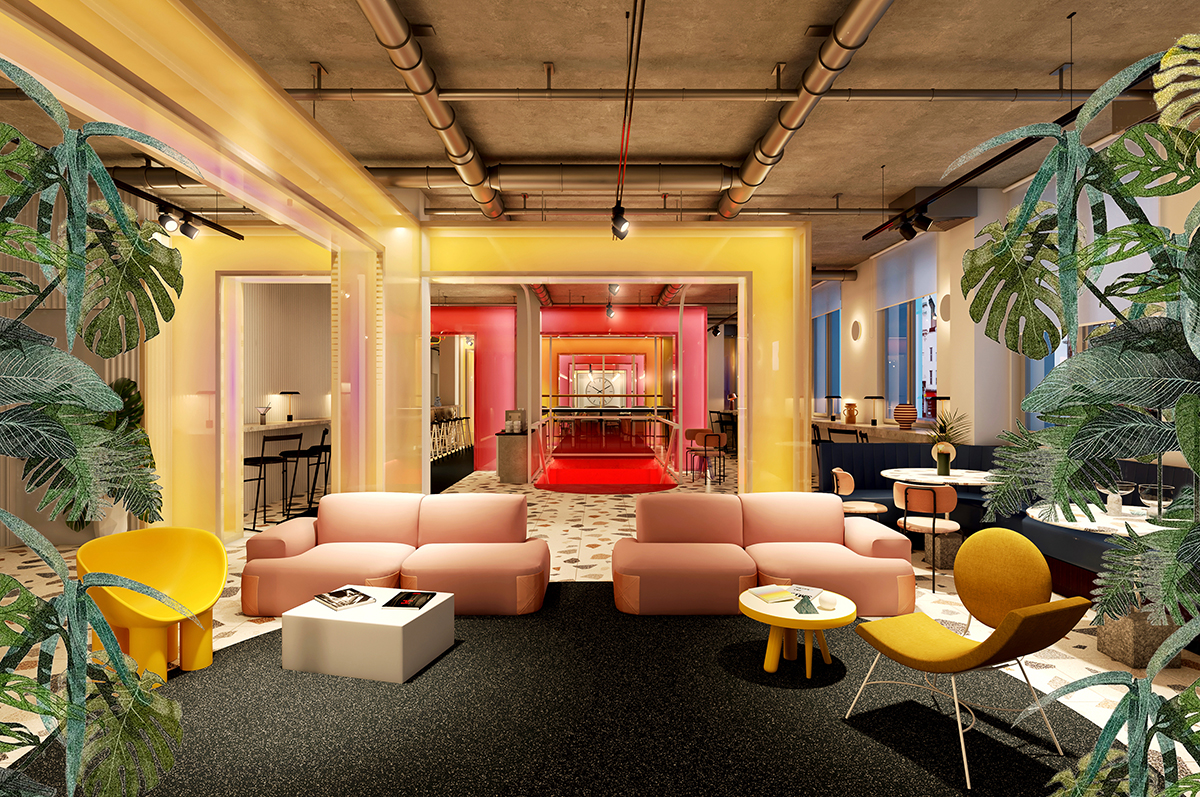 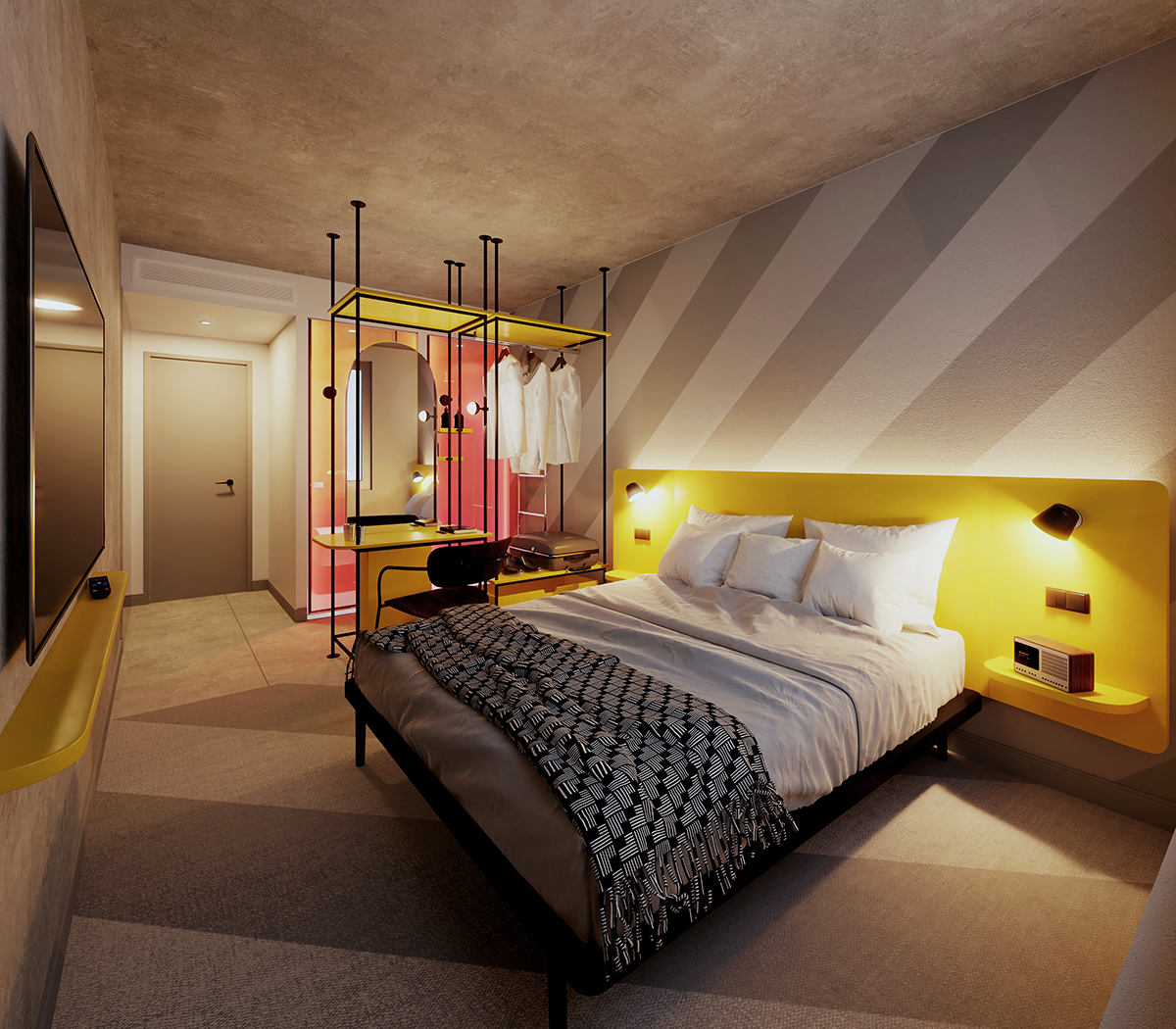